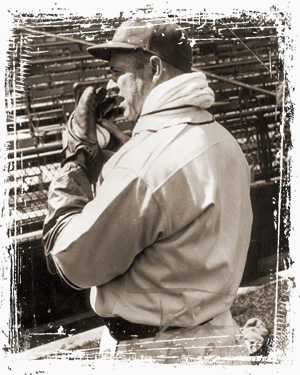 Burleigh Grimes The last legal spitball pitcher-he retired in 1933 with 270 wins-he and Dazzy Vance anchored the Brooklyn pitching staff from 1922 to 1926. He led the Dodgers to the 1920 NL pennant and did the same with the Cardinals a decade later, in the twilight of his career, 1930 and 1931.

A fierce competitor, he gave no quarter and was known for his brushback pitches. Grimes was elected to the Baseball Hall of Fame in 1964, along with Miller Huggins.