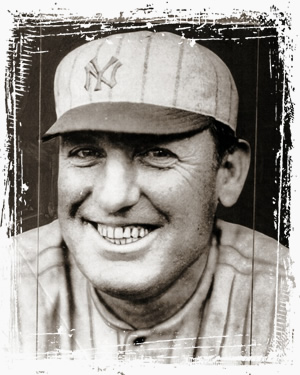 Wild Bill Donovan A star pitcher of the Detroit Tigers' pennant winners of 1907-08-09, he twice won 25 games (1901 and 1907). He earned his nickname when he walked 152 men in 1901, though he later developed good control. In 1915, when Jacob Ruppert and Til Huston bought the New York Yankees, they hired Donovan to manage the team.

The 1916 Yankees made a spirited run for the AL pennant, holding onto first place for most of July, until a devastating rash of serious injuries decimated the club. After a disappointing 6th place finish in 1917, Wild Bill was replaced as manager by Miller Huggins.