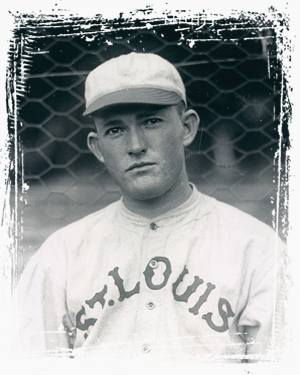 The mighty Rajah had a career .358 batting average and hit above .400 three times in the 1920s; four other times he hit at least .380. He came to Miller Huggins’s Cardinals as a skinny 19-year old in 1915 and took over as manager from Branch Rickey when the club was struggling on the field and at the gate in 1925 and led the Cardinals to a World Series over Huggins’s Yankees a year later. But Hornsby was a difficult and contentious man, and the Cardinals sent him to the New York Giants in December 1926. It was a blockbuster trade, with Giants’ star infielder Frankie Frisch coming to St. Louis. Hornsby would be traded twice more in the next two years.