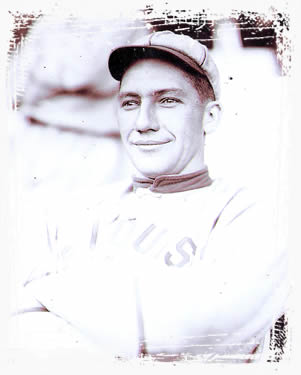 Del Pratt was considered the second best second baseman in the American League (after Eddie Collins) from the mid-Teens until the early 1920s. He was the key St. Louis Browns player for whom the Yankees traded away Urban Shocker and four other men in January 1918. Shocker went on to stardom in St. Louis, but Pratt solidified the Yankees middle infield and added a dangerous bat to their lineup. Pratt clashed with Yankees manager Miller Huggins and led the rebels among the Yankees in 1920 who wanted Huggins fired. Instead the Yankees sent him the Boston Red Sox in the blockbuster deal that brought Waite Hoyt to New York in December 1920, a year after they acquired Babe Ruth. Pratt hit above .300 his last five seasons in the majors. In 1927, at the age of 39, Waco player-manager Del Pratt won the Triple Crown in the Texas League.