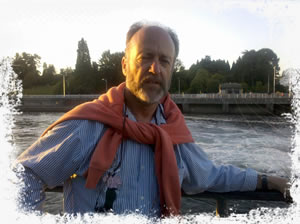 Steve Steinberg is a baseball historian of the early 20th century. During the time he sold his family’s 80-year-old apparel business in 1998, his ten-year-old son was collecting baseball cards, and Steve rediscovered his 1950s Topps baseball cards.  He quickly reconnected with the game he loved as a child and turned to baseball research and writing. His focus is on bringing back long-forgotten personalities —recovering them—by telling their stories and thus having them discovered once again.

Steve’s book, Urban Shocker: Silent Hero of Baseball’s Golden Age, is the story of 1920s star pitcher Urban Shocker, who posted an 18-6 record for the mighty 1927 New York Yankees, despite the fact that he was struggling with terminal heart disease that claimed his life the following year. It is a compelling story of courage and love of the game. In 1998 Shocker’s story first drew Steve to explore and write about baseball history, even though he did not publish the book until almost 20 years later. The book was a winner of the 2018 SABR Baseball Research Award.

Steve served as the editor of The World Series in the Deadball Era. The stories of each postseason from 1903 to 1919, before radio as well as television, are told by the newspaper writers of that period, who were fans’ primary source of coverage. The writing was more vivid than modern-day sportswriting. Their columns are accompanied by 180 rare and evocative photos of the men of those bygone times. 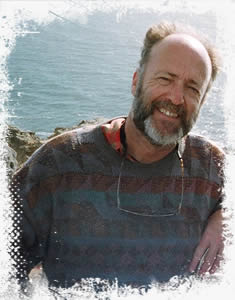 Steve collaborated with author Lyle Spatz on 1921: The Yankees, the Giants, and the Battle for Baseball Supremacy in New York. This was the year of not only the first New York Yankees’ pennant, but also one of Babe Ruth’s greatest seasons and the first all-New York City World Series (against the New York Giants). The book was awarded the 2011 Seymour Medal as the best baseball book of 2010.

Steve’s and Lyle’s second collaboration, The Colonel and Hug: The Partnership that Transformed the New York Yankees, was published by the University of Nebraska Press in spring, 2015. It is the story of Yankees owner and beer baron Jacob Ruppert (1915-1939) and his manager, Miller Huggins (1918-1929), who transformed the Yankees from perennial losers to America’s dominant sports franchise. The book received the 2016 SABR Baseball Research Award. Steve promoted the books with signings at BookExpo America, interviews on national and regional radio shows, and MLB Network TV.

In 2011 Steve and journalist Dan Fost organized a Casey Stengel event at the Museum of the City of New York, featuring writers and Casey’s niece, who knew the legendary Yankees’ manager well.

Steve received the 2007 McFarland-SABR Baseball Research Award, honoring authors of the best articles or papers on baseball history or biography. Steve’s book, Baseball in St. Louis: 1900-1925, was published by Arcadia in 2004. 180 rare photographs, drawn from more than 20 collections, along with lively stories, capture the time of George Sisler, Rogers Hornsby, and Branch Rickey.

Steve has contributed to a number of other books and journals, including The St. Louis Baseball Reader and SABR 50 at 50, a collection of the Society for American Baseball Research’s “fifty most essential contributions to the game” in SABR’s first fifty years. He has delivered papers at national conferences and has lectured at Elderhostel’s Baseball: A Game for the Ages in Florida and on Holland America Cruise Lines, as well as at the Missouri Historical Society and the Mercantile Library of St. Louis.

A member of the Society for American Baseball Research (SABR), Steve has written articles for publications of the New York Yankees, including Yankees Yearbooks. He has published articles in many journals, including NINE, The National Pastime, Baseball Research Journal, and Gateway, the magazine of the Missouri Historical Society.

Steve’s web site, www.stevesteinberg.net is a wealth of baseball history. He lives in Seattle with his wife, Colleen. Their three grown children return to visit on a regular basis.